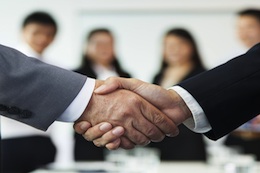 Alternative Dispute Resolution, often referred to as “ADR,” is a fast-growing means of settling legal issues outside of the court system. ADR encompasses all means of settling disputes other than litigation, but mediation and arbitration are the two most common forms. However, ADR also includes settlement conferences, negotiation conferences, and referee services to handle evaluation of the underlying claims, discovery disputes, and fact-finding disputes. ADR services generally involve a neutral party, such as a mediator or arbitrator, who will oversee negotiation and resolution between the parties.

With increasing court closures and the constant rise in litigation costs, ADR is an increasingly attractive means of settling disputes quickly, efficiently, and in the best interest of all parties involved. Accordingly, more jurisdictions are encompassing ADR services into their traditional litigation procedures. While in certain circumstances ADR is an optional step, some jurisdictions and some courts require parties to participate in some ADR program.

ADR is especially appealing because outside of the litigation process parties are able to settle their disputes independently, which leads to a resolution that benefits all the involved parties. While some forms of ADR services are not binding, arbitration and certain types of mediation may be binding on the parties. In cases involving child custody and class action suits, courts will review ADR proceedings and potential settlements in order to ensure protection of the parties where they are unable to do so themselves. However, parties may negotiate and finalize the specifics of the ADR process that are mutually beneficial and most helpful for the nature of the case.

For example, companies such as ADR Services, Inc. and JAMS specialize in streamlined processes for various ADR services. These companies provide facilities where the parties may meet and may also provide the neutral party that will oversee the proceedings. However, court systems may also provide their own ADR services. The California judicial system, including, but not limited to, the Los Angeles Superior Courts, provide ADR packets that explain the various means that parties may utilize to settle their disputes using problem-solving techniques, rather than the more adversarial techniques of litigation. Federal courts, including the United States Bankruptcy Courts, also compel parties to participate in ADR programs for either in part or the entire legal dispute. In most cases, the courts provide forms for the parties to complete so that the court may assign a neutral party who is familiar with the nature of each case in order to initiate the most efficient problem solving methods.